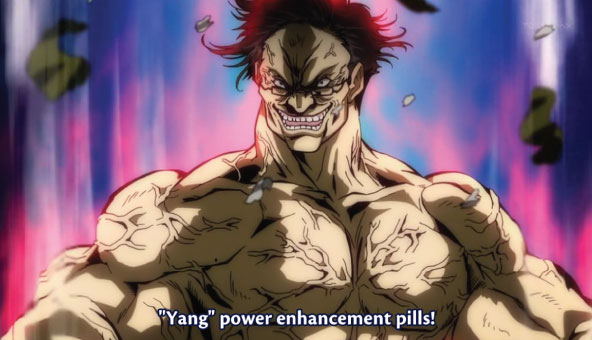 Anyway, this ends the Tono village arc but eventhough Rikuo has left the village it seems like his training will continue. Meanwhile, Kyoto Onmyoujis are getting trashed by Hagu-chan (Haguromo Gitsune) and Yura looks like she is starting her training.

So the episode starts off with Hagu-chan’s gang kicking ass and destroying the Fourth Seal which was being guarded by a perverted old man. (refer to image above and tell me you don’t think he seems like a pervert) Sealed at the location was a skeleton looking demon who use to be part of Hagu’s group of Yokais.

Meanwhile on a cliff overlooking Kyoto, Yura is being trained by her brother and has been told to unseal a secret technique that she has been forbidden to use. 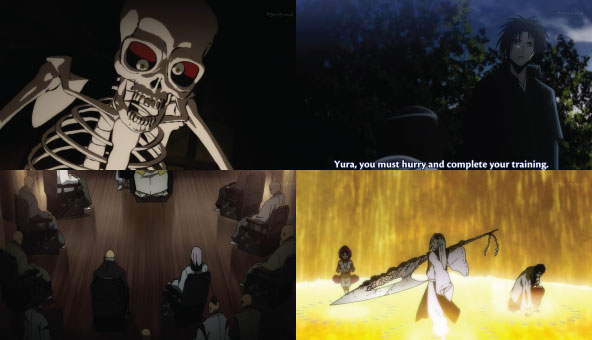 At the Keikain house, the Branch Heads are discussing the attack on the temples and are finding a way to resolve. This is when the guardians of 3 remaining seals appear saying that they will defeat Hagu-chan and have a plan in action. Hagu makes her way towards the next seal and they manage to seperate Hagu from the rest of her group seal her withing a golder wall that they too are in. They then decide to restrain her and attack her but naturally failed to do so as they were just all talk with nothing to back it up. 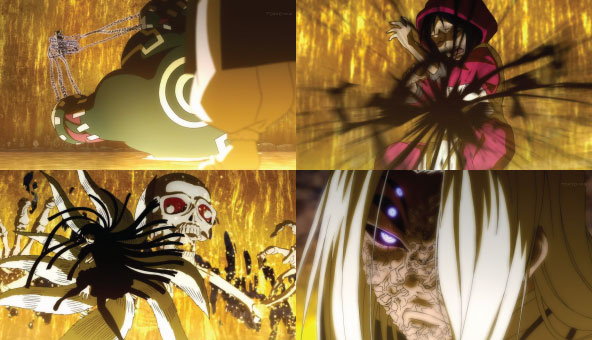 Turning to their last resort is the guardian of the first seal who fuses with his demon sword turning into a partial demon form.

Back at the Tono Village, Rikuo has decided to leave and bids the Tono Villagers farewell. He reveals that he is going to be making his way to Kyoto to find Hagu-chan to determine for himself if his father was indeed killed by Hagu-chan and he will be happy to bring along anyone who wishes to follow. 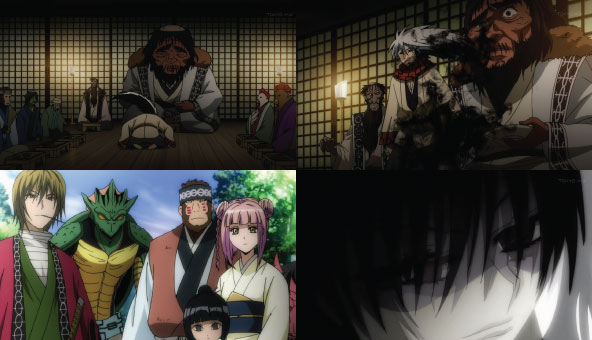 The episode ends with his training buddies following him to Kyoto. (No surprise there.)

I really haven’t enjoyed this last three episodes (Tono Arc), it seemed too rushed and the plot was crap. If I had to sum it up, I would say this was what the arc covered:

8 key items over 3 episodes. I guess rushed may have been the wrong word, instead I should say that there was a major lack of development. I like stories that take its time to develop itself but this was more of a “I have a few points to make, I shall have to do it by forcing it into the story somehow”. My only hope is that this lack of development in the Tono Arc is because the mangaka wanted to rush back onto the main story and get that over and done with and not because this is what he really wanted to do.

Sad thing is that I had high expectations of this season and it is starting to look like it is losing steam quickly. I just hope that when we get back onto the main plot, things will get back on track. I guess that is the good part about the reintroduction of Kyoto, it signals the start of the Kyoto arc and the main point of this season.

That being said, this episode was better than the previous two with a mash of the scenes flashing between the happenings in Kyoto with Hagu-chan and Rikuo in the Tono village. What really destroyed the show and got me yawning was when the guardian of the first seal just wouldn’t shut up. I doubt I was the only one wishing that Hagu-chan would have just cut his head off the same way she did the perverted guy.

One thing that I found interesting was the fact that Kyoto looked like gold bars when they (Hagu’s group of minions) were talking about how the city will look beautiful when the humans are gone from it. It probably did not mean anything but it was interesting to note.

Overall, it is another disappointing episode lacking substance. Every scene felt like they were made just so that the mangaka could introduce that point and move on with the main story. At moments I felt like he simply went… “Hmmm, how do I introduce this 3 new onmyoujis? I know! I’ll just add some fight scene with all 3 of them inside”. It all felt very unsatisfying and out of the blue. (Especially with the whole ask and I will follow you to Kyoto bit with Rikuo and the Tono villagers. I mean, Rikuo’s attitude probably mirrored the Mangaka’s attitude when he was writing this arc.) The up side to this episode is that it is looking like all the crappiness will end as we are back in Kyoto and everyone is going to be gathering together. 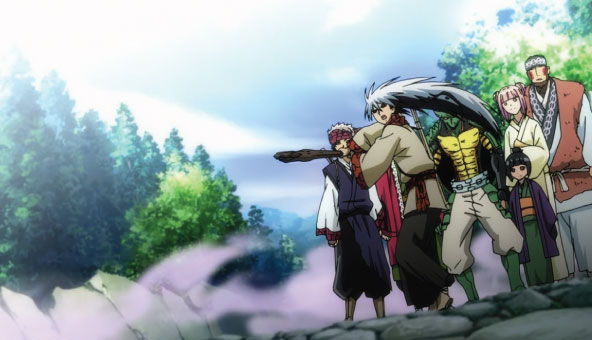 Well… onto Kyoto and beyond! I am looking forward to this show getting better in the next arc.

I want to watch Natsume!! Where is the next episode?