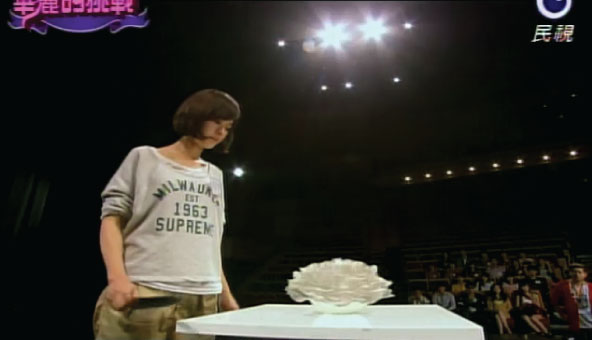 Yawn… Sadly, the second episode had continued on with the trend of dragging things out.

I find it upsetting that after 2 episodes, the show had yet to cover up till the point of Gong Xi entering the entertainment industry and has lingered on her pre-show biz stage through the addition of scenes that really didn’t give much added value to the show.

Continuing from last episode, Gong Xi is now going after the manager of the talent section in hopes of getting into LME. After much stalking and a confrontation with Du HeLian, the manager relents and allows Gong Xi to participate in the auditions.

Through the episode, the reasons behind why the star(can’t remember his name) had asked for Lian’s signature is revealed and we are shown a softer side to Lian’s character despite his cold front. Lian is also starting to show an interest in Gong Xi’s character due to his curiosity over how far “revenge” would be able to carry her.

GongXi’s also meets Nanqin for the first time and there is friction between the two as Nanqin looks down upon Gong Xi due to her lack of appeal and her “childish” doll-playing ways.

The episode ends with Gong Xi having progressed to the second round but is now faced with the test of having to prove her acting skill by reacting to a phone call on stage.

The pacing of this series really had me scratching my head over what track the series is planning to go down. Does it plan on focusing on the romantic aspect of the story or does it plan on focusing it’s efforts on the development of Gong Xi’s character? I know that the original manga had placed a huge focus on Kyoko’s development in the earlier stages, but this series seems to be dragging that aspect out more than I thought it would.

First off, one of my biggest issues is that Gong Xi’s new friend is pretty much as good as air. I had ignored the odd introduction of this new character in hopes of the script writers having found a way to incorporate her character into the show in some effective manner whilst not compromising the original dynamics of the series. But after watching this episode, it had seemed like Gong Xi’s friend had came across as more of an “extra” character created to drag on the scene about Gong Xi’s crazy antics in the first episode.

Gong Xi comes across as being more of a lunatic stalker than a determined girl. =/

Although I do admire the amount of effort that was placed into conveying the type of personality Gong Xi has with her undying will to achieve her goal, it gets to a certain point where more time spent emphasizing the point becomes unnecessary and pointless to watch. In essence, it can get a bit repetitive to see Gong Xi do the same thing over and over again. Seeing such a thing without having read the original material, one would think that the show had a lack of content to work with and thus had to repeat it’s moments or slow them down to extend the episodes. =/ 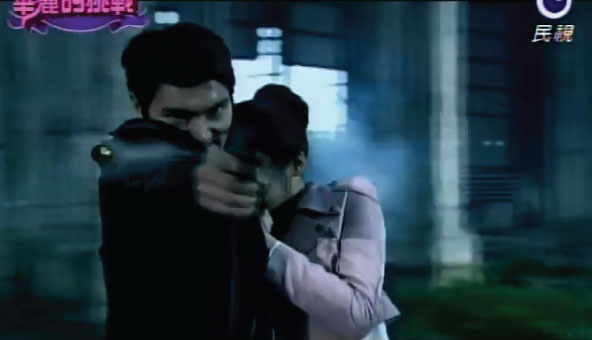 Moving on with the voice actors. I had liked the VA for Dong Hae’s character – Shang, but was I the only one who had felt that Ren’s (Lian’s) VA had sounded monotonous and boring? It had felt so awkward watching the scenes with Lian in it. But I am able to appreciate the amount of effort gone into developing Ren’s personality and his strong work ethic through the use of the warehouse explosion scene. Sure, that moment was totally unnecessary (and felt like a waste of money) and it would have been better for the show to have covered more of the main story instead of adding in their extra two cents into everything. But, the extra scenes honestly did help in solidifying Lian’s character. The sad thing is that the CGI in the episode is just as bad as ever. Watching the behind-the-scenes making of the scene had made the terrible CGI even more blatantly obvious and painful to watch.

My biggest worry right now is that I might fall asleep watching the next episode. As the preview for this episode had honestly covered as much as what was shown. If the trend continues,  all we will cover next week is Gong Xi entering LME as a Love Me member. With only 13 episodes in this series, I honestly do wonder how much the series plans on covering.